Eurovision 6: The Sequined Wings of Change

Another fantabulous instalment in the Eurovision Saga (collective name pending…) from Fifi, gifted to me on my birthday this year.
If you have no idea what this is all about, check out the previous episodes:

She had done the time for her love.

She had run like never. Been ready to shine forever. Love was a crime, and she had gladly become a criminal.

She had done her time.

Now, though. She stood upon this sparkling stage, and she was ready to take love down. Because she had done her time, and she would not do it again.

She was Bulgaria, and she was going to reclaim Eurovision.

Oh, this naïve crowd. These fools who still believed in love. They cheered Poli on, wept for joy at the poetry of her defiance.

Our love ain’t got no pride

So we change for better

The camera closed in on her smile. Joy spilled from every word she sang, lighting the stage.

If love was a crime, then we would work miracles

High above the ground

They couldn’t know, these adoring fools, that her happiness welled from a shadowy void. That she smiled for the camera, laughed into her microphone, at the thought of what great power she was giving unto the forces of evil.

It had been a bad few years for The Organisation.

First, the six women who comprised its deadliest sleeper cell had developed a taste for show business, given up on evil, and launched a moderately successful singing career1.

Then The Resistance had strengthened, recruiting a giant hamster wheel and teenaged Oracles to wage a battle against slow ballads and respectability.

The year after that, the Organisation had decided to get proactive and rip a hole in the space-time continuum. This had backfired when Resistance agents managed to intercept a group of cyborgs and send them back to a future newly infused with rhythm and sequins2 and all that other stuff that respectable representatives of evil simply wouldn’t stand for.

At this point, the Organisation’s board had decided to hold an emergency departmental meeting.

It had been a night of deep shadows. They had gathered beneath a swollen red moon, made the necessary rituals3, and spoken in hushed voices4.

Poli had been there, inscrutable in her black cape and silver lapels. She had said little. New to the forces of evil, she was enthusiastic but aware of her inexperience. Good was a difficult habit to shake; she still found herself rescuing stray puppies sometimes. So she had sat and listened, absorbing the wisdom of her allies.

‘What’s so wrong with a nice ballad?’ the Supreme Galactic Tyrant had implored, wiping away tears with his loathsome cape. ‘I just want to hear people sing about how inspiring it is to look at stars and think about other people. It makes me feel a little less lonely, you know? Like maybe I can find someone among the stars one day.’

The Incinerator had patted him on the shoulder. ‘Come on, don’t be like that. You’ve got so much to offer. Who else wields godlike power over fifty-two planets, huh? Huh?’

The Supreme Galactic Tyrant had sniffled and smiled at him. ‘Thanks, Jim. I needed that today.’

The Mistress of Uncanny Shadows had raised her hands. ‘Look, we all want more ballads and slow tempos. But we have to face the fact that the universe runs on kitsch. That means bright, fun pop expressed through showy performances. That means sequins, flamethrowers, and light-up costumes. We haven’t really talked about this before, but I’m just going to say it: if we destroy the world…well, we end up destroyed as well.’

‘That’s…a good point, actually,’ The Incinerator had murmured. ‘Why didn’t we ever think about that?’

The Supreme Galactic Tyrant had sighed deeply. ‘It’s always like this, you know. You get so caught up in the evil that you forget your own vulnerability. This is why I need to spend more time on me.’

‘But Eurovision is so powerful,’ The Supervisor of Sinister Sentients had said. ‘Maybe we shouldn’t keep sabotaging it, but we can’t let the Resistance control it, either.’

‘The anssswer is ssssimple,’ The Great Unmentionable had hissed from under the table. ‘We mussst embrace the power. We mussst be the onesss to control Eurovisssion. We mussst…winnnn.’ A wet gobbling sound had punctuated this statement, followed by a satisfied burp.

‘But how?’ The Mistress of Uncanny Shadows had asked. ‘We’ve been striving for respectability so long. How can we compete against rhythm, absurdity, unapologetic kitsch? How can we create something that…pops?’ Poli had taken a deep breath and stood. ‘My allies,’ she had said, and waited for all eyes to turn to her. Then she had busted a move, and the lapels of her suit had ignited in stripes of silver light.

The board members had gasped and covered their eyes.

‘Her costume!’ they had whispered in awe. ‘It lights up! Just as the prophecy said.’5

‘My allies,’ Poli had said, tossing her cascade of hair. ‘I will win your Eurovision.’

There were other measures in place, of course; The Organisation was a cautious beast.

Anyway, it was cautious. Too much had gone wrong these past few years, and now The Organisation left nothing to chance. The Supreme Galactic Tyrant had provided a number of booby-trapped backdrops and coded song lyrics. Given his interplanetary network, this had bestowed on the whole evening a distinct space theme: stars, comets, and a great deal of looking longingly towards the sky.6

Poli was not the only agent here tonight. As soon as she left the stage, she found her arm clutched by Jamie-Lee, the Organisation representative installed in this year’s act from Germany. ‘That thing you did with your costume was great! Were you powering up?’ she asked eagerly. Poli had doubts about the inherent evil of Jamie-Lee. The girl’s backdrop aesthetic was appropriately sinister—bloated moon, laser trees, shifting purple shadows—but she was far too nice to be trusted. She kept asking Poli about her day, encouraging her with sincere goodwill, and offering home-baked cookies to undercover Organisation agents. Poli had also caught her knitting miniature costumes for a litter of kittens abandoned backstage. It just wasn’t done. (Though Poli had to admit that the kittens did look good in ribboned headpieces and ruffled dresses. But that was beside the point.)

‘Yeah! Like how I used to shift into magical girl form when I…was…oh, I’m not supposed to talk about that. Forget I said anything!’ Jamie-Lee pirouetted away, presumably to restore someone’s faith in humanity or rescue a damsel or something.

Poli swished her cape and made a note to research that girl’s past.

Ah, but hubris precedes defeat. The Organisation was determined to control Eurovision, and it thought that an understanding of pop would bring it that power.

But The Organisation had underestimated the pull of peace. Of love. And, most importantly, of reference jokes. Because reference jokes are a transcendent form of kitsch, and so they make the world turn.

You can break the rules of fashion

And your chance to win shall grow

The words sparkled across the stadium, carried on the sequinned winds of change.

It was so beautiful, this song. It spoke to everything that had long ago died in Poli’s broken heart. It rekindled all that had been lost to her: passion, hope, forgiveness.

More tricks in a hamster wheel

Poli fell to her knees, lapels glowing silver in the darkness of the backstage shadows. ‘Of course!’ she whispered. ‘That’s the answer. Love, and love. Peace, and peace. Not evil. Only love and peace. And a burning fake piano.’

Poli searched the backstage labyrinth, keeping her lapels dimmed as she slunk from shadow to shadow.

You could always tell a Resistance agent at a glance. They came from ethereal paradises, magical courts, sprawling forests. Resistance people were wild of hair, bright of smile, strong of voice. They…popped.

‘You!’ Poli whispered. She clutched the arm of a girl in a pink ballgown. The girl startled, and flowers sprung up defensively around her. ‘Loin d’ici!’ she protested, tugging away.

‘Yes, but not anymore. I want to speak to your leader.’

Poli took a deep breath. ‘I want to join you.’

The girl considered her suspiciously, then nodded. She flicked her wrist, and a rose appeared in her palm. She whispered into it, then the petals fell away into nothing.

Poli tilted her head. ‘Wait a minute. Aren’t you that princess from the magical hidden island of—’

‘Sister! Is it true? You wish to join our ranks?’

Poli turned to see a wolf, all snowy-mantled glory and wise eyes. She bowed down before it. ‘Are you the leader of the Resistance?’

‘Loin d’ici!’ said the princess behind her, exasperated. Once it had been established that the speaker was not actually the wolf but the Guy standing next to him, introductions were made. Back stories exchanged. Heartfelt revelations about destiny reached amid hugging and soulful weeping.

Once this obligatory period of character growth had passed, the Guy with the Wolf smiled and passed around some drinks—free, as far as Poli could tell.

If love was a crime, then Poli had just become a criminal once more.

‘Welcome to The Resistance,’ breathed the Guy. ‘Ours is a sacred lot—a harrowing duty, but worth it for the joy we bestow upon the unsuspecting masses. You have joined important work today.’ He considered Poli. ‘How do you feel about cake?’

Poli smiled. She had made the right choice. 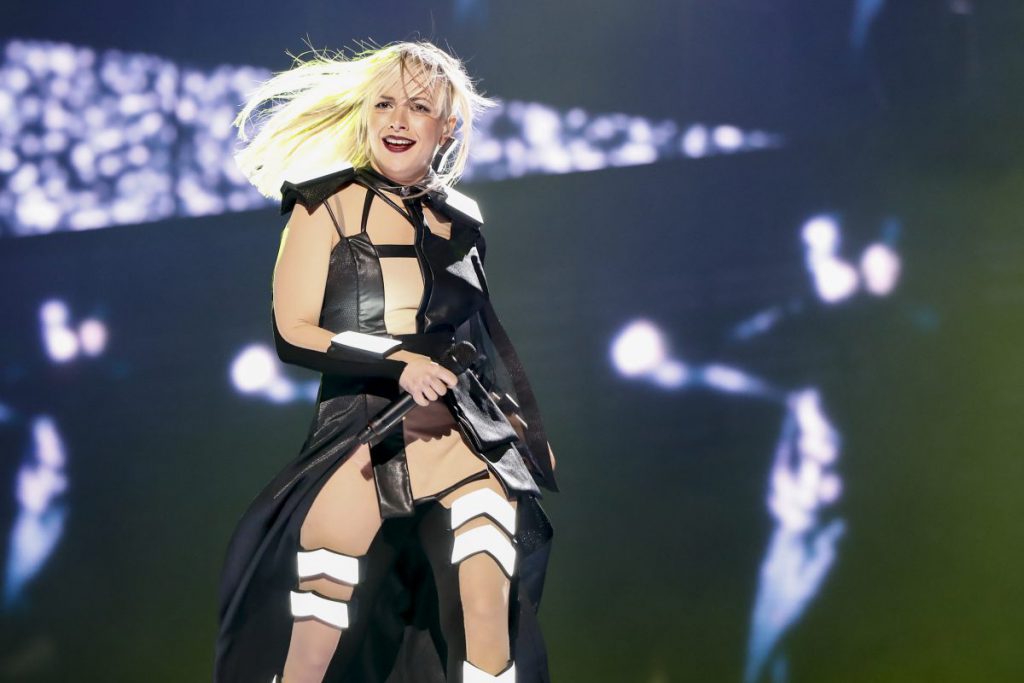 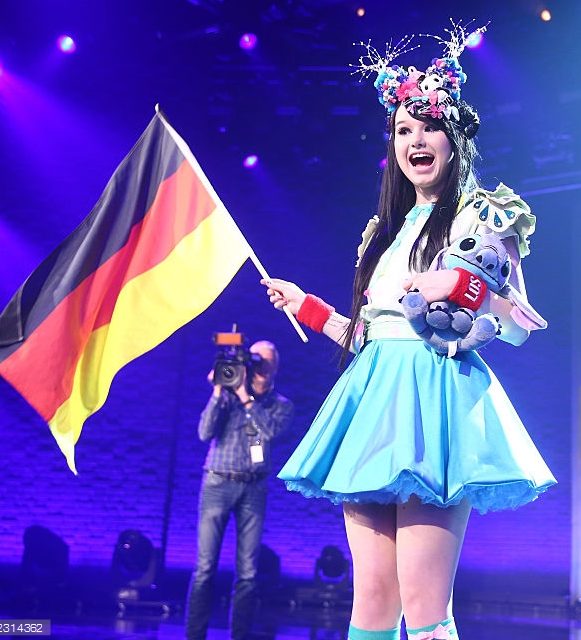 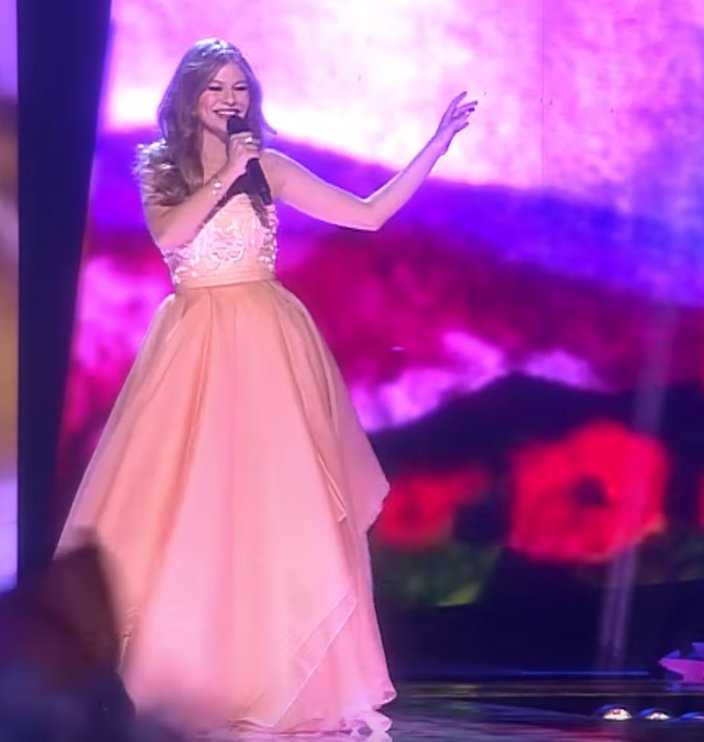 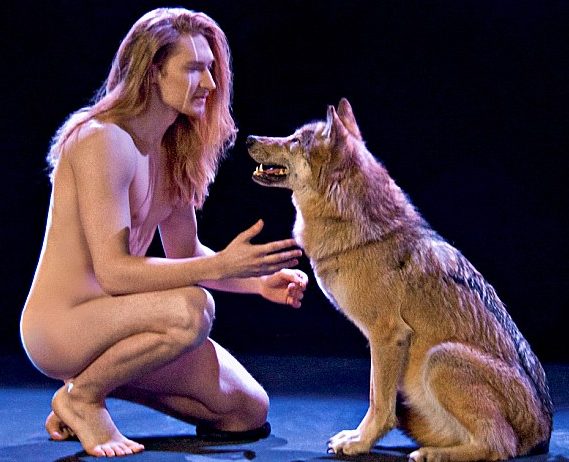