The Greylands eBook Launch site was live for approximately one month, starting July 4th 2012, as a carefully-managed and -timed online showcase/event. It featured the launch of Isobelle Carmody’s Greylands novel as an eBook, a book trailer, competitions and a hugely-popular Great eBook Debate.

Lost in a colourless land of enchanted mirrors, time is running out for Jack to find his way home...

“[Greylands] was always one of my personal favourites among the books I have written… but it was out of print,’ said the author of the book, Isobelle Carmody.

‘Books have always gone out of print and authors have always accepted they must, unless they rose into the heavens as classics. But [I realised that] in this brave new world of eBooks, there is no longer any need for any book to go out of print. Cyberspace is the library of the infinite.’

Isobelle first set out to turn Greylands into an eBook herself, as an experiment, since the rights had reverted to her some time before.

“I wanted to see if I could get my head around the technology and understand exactly what it meant to turn a book into an eBook,” she said. “The idea of the online launch came later and it would certainly have remained nothing but an idea, without the talent and hard work of uber talented webmistress, Min Dean.”

Isobelle approached me about the Greylands launch, wanting ideas on a way to make an online event for an online book. She cited the Moonfair (hosted at Obernewtyn.net each year) as an example of the sort of thing she wanted. We worked with that idea as a starting point for a while, and the microsite took form. In the end it played host to not only the eLaunch of one of Isobelle’s best books (IMO), but also the Great eBook Debate – a month-long blogging event featuring daily essays from luminaries of all aspects of the book world; authors, journalists, educators at all levels, overseas and indigenous authors and editors, large and independent publishers, illustrators and poets, all discussing the pros and cons of eBooks vs physical, hard-copy books. The launch was largely publicised via Facebook at the time, and I managed the Facebook page daily updates for Isobelle during the launch.

The pre-launch development that went into the Greylands eBook Launch site is possibly one of the best collaborative experiences I’ve had to date. Building the site with Isobelle was fantastic. I fondly remember the fantastic afternoon I spent asking her if she had any cat pictures we could use for the site (as cats flit in and out of the book), and seeing a flood of people posting cat pictures for her use on facebook, once she posed the question. It was pretty much raining cats for days after that.

It was based on wordpress, because Isobelle had also mentioned that she wanted me to design her blog, after the Greylands launch, and with WordPress being the King of all Blog CMS’, I wanted to give her, and her PA, Heather, the opportunity to see a bit of wordpress and grow familiar with it during the month-long experiment.

The site is now closed; it was always intended to be a limited thing, in order mimic the event-like nature of it. The Great eBook Debate has been archived, though, on Isobelle’s blog. But that is another story! 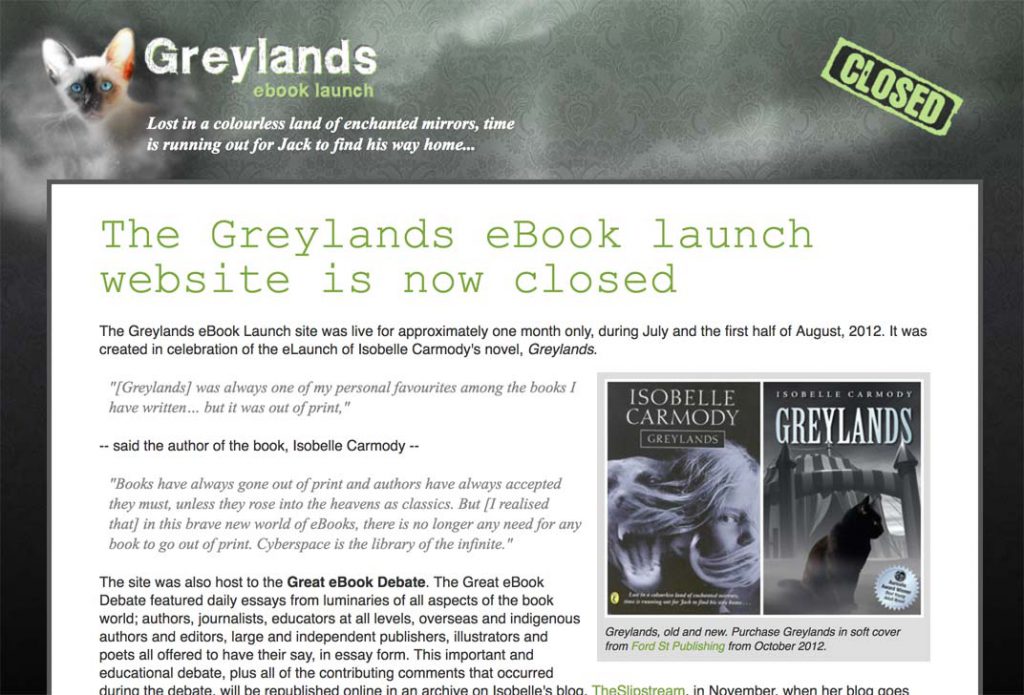 The Greylands homepage, at time of launch - with ticker on the homepage explaining what users could expect each day, and feature links to the most dynamic sections. 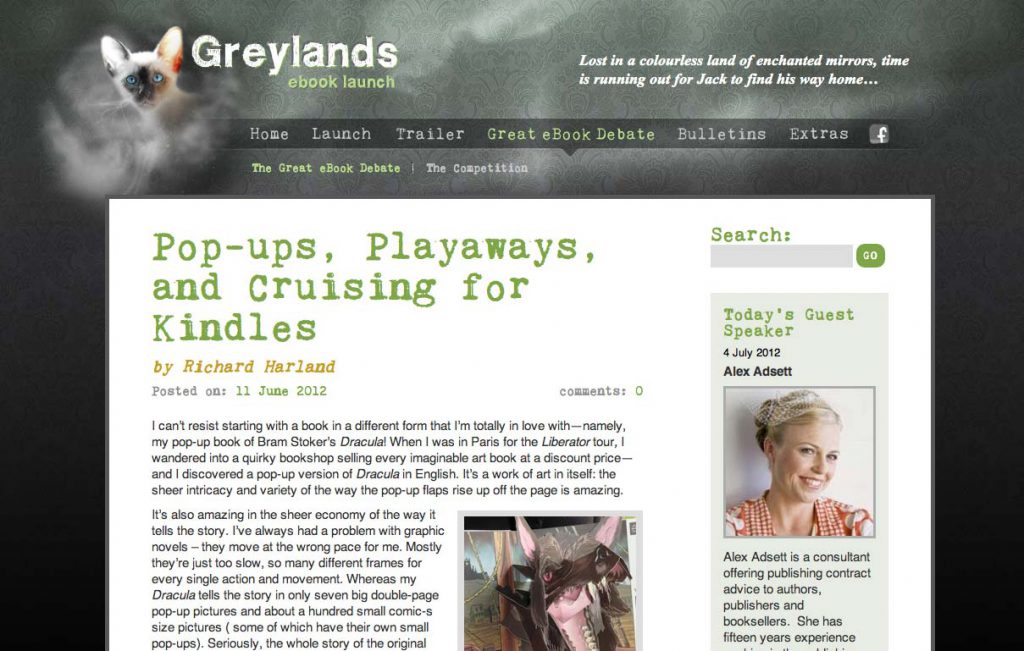 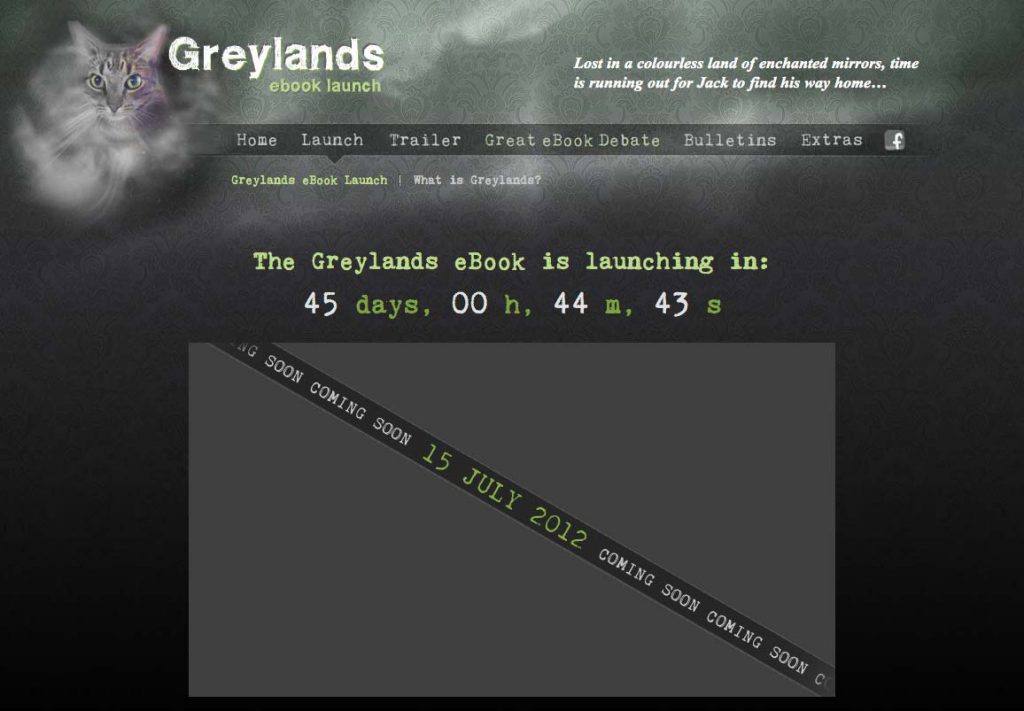 A book trailer was made for the occasion; but, before the launch date, in its place was a ticker counting down the time remaining.